What is it to Sound Underground? in Sound Passages: Passaggi di Suono

Very honoured of being part of this Symposium with the CRiSAP team and in collaboration with the Doctorate in Architecture, City and Design at the University Iuva di Venezia.

Symposium Abstract: “Sound moves: it drifts and coalesces, it is reflected and it is absorbed, it shifts in meaning and register. And we are moved by sound, too: we are startled or seduced, sound orientates us or disorientates us. As part of a broader ‘sensory turn’, sound is becoming the focus of investigations into our experiences of place and space. In “Sound Passages: Passages of Sound”, researchers will present different approaches to sound – as a map, as a junction between perceptual fields, as trigger for memory and imagination, as abstract and quotidian, as material for composition and installation, as a way in which we are located and dislocated in the contemporary.”

My talk is called “What is it to Sound Underground?”

Abstract of the talk:

Immersed primarily in sound and moved by machines, underground commuters embody daily a rich mixture of sonic contemporary spaces, which evoke memories of listening that involve ancient caves, industrialisation, human migrations, sound technologies, urban architecture, and infrastructure technologies. During research conducted between 2003 and 2009, in London, Paris and Mexico metros, commuters engaged in listening to their routine journeys exploring metaphors that reflected on their life, triggered by the complexity of sounds and the ritual of going underground. The journey became a social path for individual meditation.

Sounding Underground, the derived Internet-based multimedia artwork, appropriates the web platform as a digital social interface to link unique and shared sonic metro spaces. The interface invites the online listener to experience a defamiliarisation of something quotidian. By listening to real and imagined spaces, within the mixture of three cities, the listener can explore a new journey through in-between sonic spaces that interweave human/machine relationships, and urban cultures of sounding, evoking deep social, cultural and political feelings from the inner experience of sounding underground.

Performing ‘Sounding Underground’ yesterday in the Panel “Film, audio and multimedia programme: symbiosis: sound, vision and the senses” at the Association of Social Anthropologists UK and Commonwealth Conference at Exeter University
Other great sonic works such as “The Mouth of the Cave and the Giant Voice: sound, text and voice in Okinawan war memory” by Angus Carlyle and Rupert Cox and “Govindpuri Sound: an ethnographic audio documentary” by Tom Rice were also there. Great time for exploring relationships between sound, text, image and the ethnographic experience! 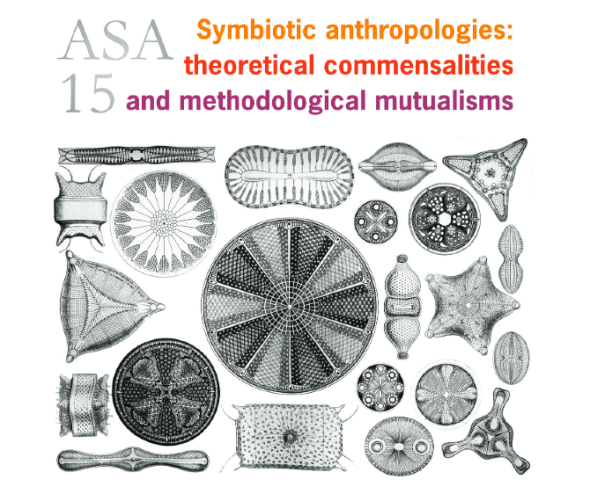 Commemorating 150 years of the construction of the London Underground, the Centre for Metropolitan History (IHR), in association with the London Transport Museum organised the conference ‘Going Underground – travel beneath the metropolis 1863-2013’. Here perspectives from artists, architects, historians, engineers, and commuters were brought together to reflect on the past, present and future of this iconic urban infrastructure.

Here you can listen to the podcast of the paper I presented in the conference on the 17th of January, 2013:

Listening and sounding in the London Underground: sonic memories as embodiments of technological Infrastructure

Here you can listen to all the papers presented at the conference:

Many thanks to the organisers for bringing together all the people who have been fascinated with the underground environment. 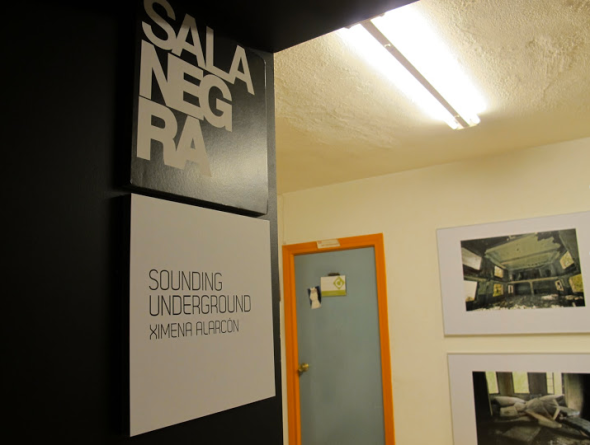 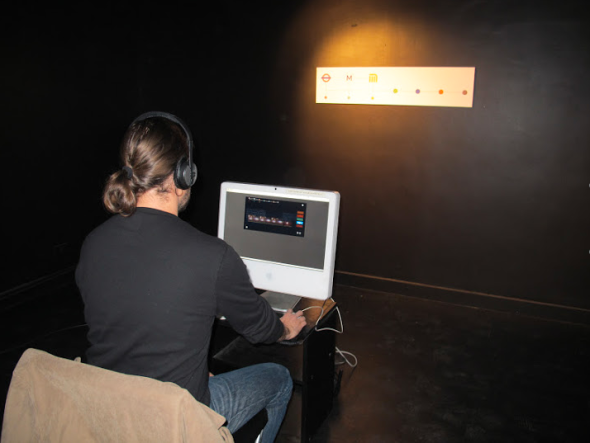 Sounding Underground and myself, as an author, were honoured by being mentioned in Pauline Oliveros‘ keynote speech of the Symposium “Her Noise: Feminisms and the Sonic” organised by CRiSAP and Electra at the Tate Modern, amongst 6 women that are innovating in sound and music composition, offering hints of the future of this field; Pauline’s emphasis was in embodiment. Daniela Cascella published an insightful post which I quote and link here: “At the core of Oliveros’s lecture is the notion of ‘embodiment’, an expanded insight that frames the entirety of human activities in connection with the sonic: not just listening and music-making in theory, but also the technology, politics, networks and procedures that enable them in practice. She gives an overview of her commitment to raising opportunities for women’s involvement with the sonic, claiming for individuality and equality beyond gender; she speaks of how in tape and electronic music, since the late 1950s, she found sounds that expressed inner listening. She then introduces the work of six women composers: Ximena Alarcón, Ellen Fullman, Brenda Hutchinson, Maria Chavez, Jaclyn Heyen, Clara Tomaz. What seeps through her words, and through her choice to devote a good portion of the lecture to presenting the work of other women, not hers, is the desire to facilitate, to educate in the highest sense, to promote the work of women in sound. The more distant she appears from any inclinations to highlight her persona, the stronger her presence is sensed in the room as radiating from a resolute yet unselfish person.”

I also have made links to the works of all mentioned women to know more about their works, and the different “embodiments”. In the case of Sounding Underground I am currently writing about embodiment of the commuting experience, for paper in the forthcoming conference Going Underground: Travel Beneath the Metropolis 1863 – 2013: 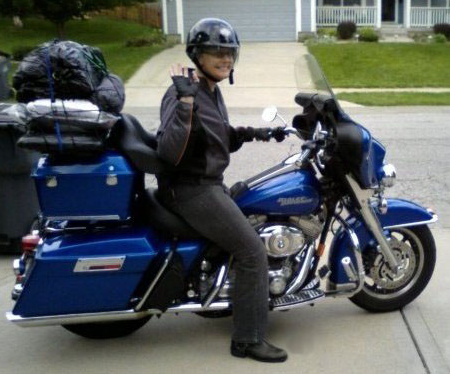